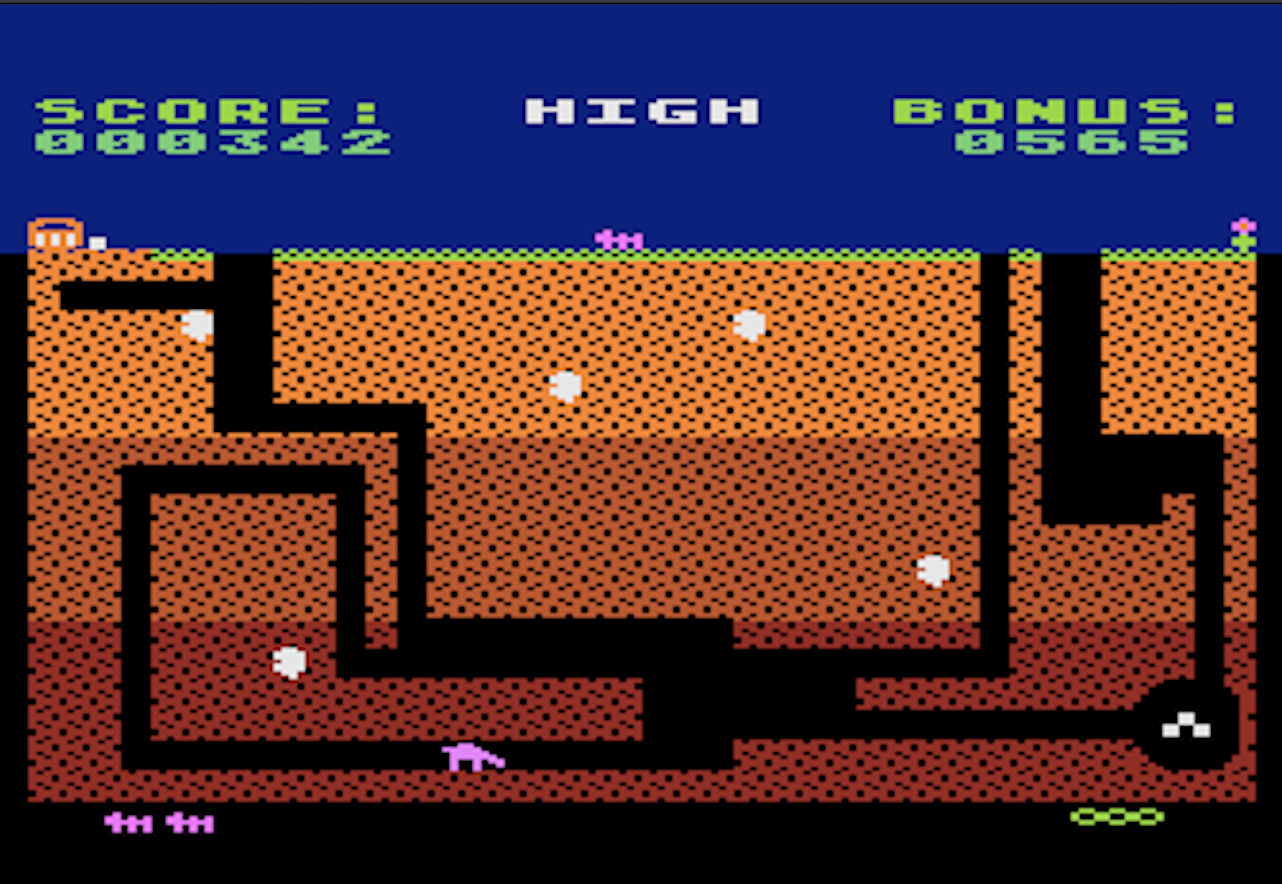 Ed Fries programmed three games for the Atari 8-bit computers, which were published on cartridge by Romox: Sea Chase, Ant Eater, and Princess and Frog. His forth game for Romox, Nitro, was unfinished because the company went out of business before Ed was done coding it.

Years later, Ed became vice president of game publishing at Microsoft where he oversaw the creation of the Xbox. In 2010, Ed released Halo 2600, a demake of the Halo video for the Atari 2600. In 2013, he coded an Atari 2600 version of Rally X.

After the interview, Ed sent me the assembly language source code to five games, which he graciously released as open source. You'll find the code for Sea Chase, Ant Eater, Princess and Frog, the unreleased/finished game Nitro, and a chess game, at GitHub.