The Evolution Of Wearables

Mark Weiser was the Chief Technologiest at the famed Xerox Palo Alto Research Center, or Xerox Parc in 1988 when he coined the term "ubiquitous computing.” Technology hadn’t entered every aspect of our lives at the time like it has now. The concept of wearable technology probably kicks off way earlier than you might think.

Humans have long sought to augment ourselves with technology. This includes eyeglasses, which came along in 1286  and wearable clocks, an era kicked off with the Nuremberg eggs in 1510. The technology got smaller and more precise as our capacity at precision grew. Not all wearable technology is meant to be worn by humans. We strapped cameras to pigeons in 1907.

in the 15th century, Leonardo da Vinci would draw up plans for a pedometer and that concept would go on the shelf until Thomas Jefferson picked it back up during his tinkering days. And we would get an abacus ring in 1600. But computers began by needing a lot of electricity to light up those vacuum tubes to replace operations from an abacus, and so when the transistor came along in the 40s, we’d soon start looking for ways to augment our capabilities with those.

Akio Morita and Masaru Ibuka began the wearable technology craze in 1953 when they started developing what would become the TR-55 when it was released in 1955. It was the first transistor radio and when they changed their name to Sony, they would introduce the first of their disruptive technologies. We don’t think of radios as technology as much as we once did, but they were certainly an integral part of getting the world ready to accept other technological advances to come!

Manfred Clynes came up with cyborgs in his story story called Cyborgs in Space in 1960. The next year, Edward Thorp and mathematician and binary algebra guru Claude Shannon wanted to try their hands at cheating at roulette so built a small computer to that timed when balls would land. It went in a shoe. created their own version of wearable technology – a computer small enough to fit into a shoe. This would stay a secret until Thorp released his book “Beat the Dealer” telling readers they got a 44 percent improvement in making bets. By 1969 though Seiko gave us the first automatic quartz watch.

Other technologies were coming along at about the same time that would later revolutionize portable computing once they had time to percolate for awhile. Like in the 1960s, liquid crystal displayers were being researched at RCA. The technology goes back further but George H. Heilmeier from RCA laboratories gets credit for In 1964 for operationalizing LCD.

And Hatano developed a mechanical pedometer to track progress to 10,000 steps a day, which by 1985 had him defining that as the number of steps a person should reach in a day. But back to electronics.

Moore’s law. The digital camera traces its roots to 1975, but Kodak didn’t really pursue it. 1975 and devices were getting smaller and smaller. Another device we don’t think of as a computer all that much any more is a calculator. But kits were being sold by then and suddenly components had gotten small enough that you could get a calculator in your watch, initially introduced by Pulsar. And those radios were cool but what if you wanted to listen to what you wanted rather than the radio? Sony would again come along with another hit: The Walkman in 1979, selling over 200 million over the ensuing decade. Akio Morita was a genius, also bringing us digital hearing aids and putting wearables into healthcare. Can you imagine the healthcare industry without wearable technology today?

You could do more and more and by 1981, Seiko would release the UC 2000 Wrist PC. By then portable computers were a thing. But not wearables. You could put 2 whopping kilobytes of data on your wrist and use a keyboard that got strapped to an arm. Computer watches continued to improve any by 1984 you could play. Games on them, like on the Nelsonic Space Attacker Watch.

Flash memory arguably came along in 1984 and would iterate and get better, providing many, many more uses for tiny devices and flash media cards by 1997. But those calculator watches, Marty McFly would sport one in 1985s Back To The Future and by the time I was in high school they were so cheap you could get them for $10 at the local drug store. And a few years later, Nintendo would release the Power Glove in 1989, sparking the imagination of many a nerdy kid who would later build actually functional technology. Which regrettably the Power Glove was not.

The first portable MP3 player came along in 1998. It was the MPMan. Prototypes had come along in 1979 with the IXI digital audio player. The audible player, Diamond Rio, and Personal Jukebox came along in 1998 and on the heels of their success the NOMAX Jukebox came in y2k. But the Apple iPod exploded onto the scene in 2001 and suddenly the Walkman and Diskman were dead and the era of having a library of music on mainstream humans was upon us, sparking Microsoft to release the Zen in 2004, and the Zune in 2006.

And those watches. Garmin brought us their first portable GPS in 1990, which continues to be one of the best such devices on the market.

The webcam would come along in 1994 when Canadian researcher Steve Mann built the first the wearable wireless webcam. That was the spark that led to the era of the Internet of Things. Suddenly we weren’t just wearing computers. We were wearing computers connected to the inter webs.

All of these technologies brought to us over the years… They were converging. Bluetooth was invented in 2000.

By. 2006, it was time for the iPod and fitness tracking to converge. Nike+iPod was announced and Nike would release a small transmitter that. Fit into a notch in certain shoes. I’ve always been a runner and jumped on that immediately! You needed a receiver at the time for an iPod Nano. Sign me up, said my 2006 self! I hadn’t been into the cost of the Garmin but soon I was tracking everything. Later I’d get an iPhone and just have it connect. But it was always a little wonky. Then came The Nike+ Fuelband in 2012. I immediately jumped on that bandwagon as well. You. Had to plug it in at first but eventually a model came out that sync’d over bluetooth and life got better. I would sport that thing until it got killed off in 2014 and a little beyond… Turns out Nike knew about Apple coming into their market and between Apple, Fitbit, and Android Wear, they just didn’t want to compete in a blue ocean, no matter how big the ocean would be.

Speaking of Fitbit, they were founded in 2007 James Park and Eric Friedman with a goal of bringing fitness trackers to market. And they capitalized on an exploding market for tracking fitness. But it wasn’t until the era of the app that they achieved massive success and in 2014 they released apps for iOS, Android and Windows Mobile, which was still a thing. And the watch and mobile device came together in 2017 when they released their smartwatch. They are now the 5th largest wearables company.

Android Wear had been announced at Google I/O in 2014. Now called Wear OS, it’s a fork of Android Lollipop, that pairs with Android devices and integrates with the Google Assistant. It can connect over Bluetooth, Wi-Fi, and LTE and powers the Moto 360, the LG G and Samsung Gear. And there are a dozen other manufacturers that leverage the OS in some way, now with over 50 million installations of the apps. It can use Hangouts, and leverages voice to do everything from checking into Foursquare to dictating notes.

But the crown jewel in the smart watches is definitely the Apple Watch. That came out of hiring former Adobe CTO Kevin Lynch to bring a Siri-powered watch to market, which happened in 2015. With over 33 million being sold and as of this recording on the 5th series of the watch, it can now connect over LTE, Wifi, or through a phone using Bluetooth. There are apps, complications, and a lot of sensors on these things, giving them almost limitless uses.

Those glasses from 1286. Well, they got a boost in 2013 when Google put images on them. Long a desire from science fiction, Google Glass brought us into the era of a heads up display. But Sega had introduced their virtual reality headset in 1991 and the technology actually dates back to the 70s from JPL and MIT. Nintendo experimented with Virtual boy in 1994. Apple released QuickTime VR shortly thereafter, but it wasn’t that great. I even remember some VGA “VR” headsets in the early 2000s, but they weren’t that great. It wasn’t until the Oculus Rift came along in 2012 that VR seemed all that ready. These days, that’s become the gold standard in VR headsets. The sign to the market was when Facebook bought Oculus for $2.3 billion dollars in 2014 and the market has steadily grown ever since.

Given all of these things that came along in 2014, I guess it did deserve the moniker “The Year of Wearable Technology.” And with a few years to mature, now you can get wearable sensors that are built into yoga pants, like the Nadi X Yoga Pants, smartwatches ranging from just a few dollars to hundreds or thousands from a variety of vendors, sleep trackers, posture trackers, sensors in everything bringing a convergence between the automated home and wearables in the internet of things. Wearable cameras like the Go Pro, smart glasses from dozens of vendors, VR headsets from dozens of vendors, smart gloves, wearable onesies, sports clothing to help measure and improve performance, smart shoes, smart gloves, and even an Alexa enabled ring.

Apple waited pretty late to come out with bluetooth headphones, releasing AirPods in 2016. These bring sensors into the ear, the main reason I think of them as wearables where I didn’t think of a lot of devices that came before them in that way. Now on their second generation, they are some of the best headphones you can buy. And the market seems poised to just keep growing. Especially as we get more and more sensors and more and more transistors packed into the tiniest of spaces. It truly is ubiquitous computing. 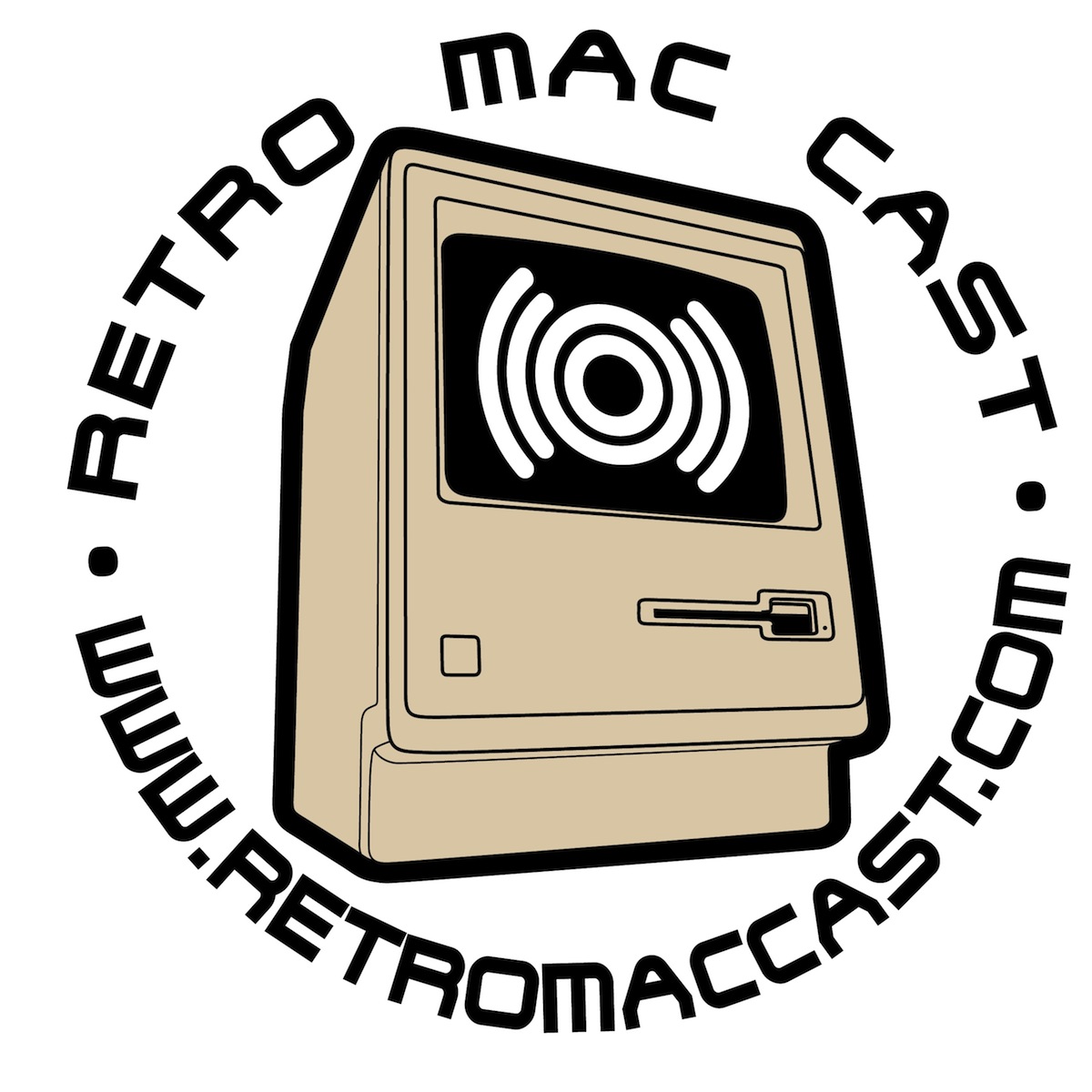